We have not been able to list our health food items,

Please refer to the Japanese page.

We apologize for the inconvenience.

THE POWER OF ANCIENT NATURAL

USED TO REVITALIZE YOUR HAIR AND SCALP

NATURALCOSMO is a hair care brand that utilizes two ingredients from ancient time: AFA Blue Green Algae, and Colloidal mineral. AFA Blue Green Algae appeared on earth in Archean Period (early Precambrian period). It is a type of organic and wild cyanobacteria that is currently harvested for intake and cosmetics purpose only at lake Klamath in Oregon, US. Colloidal Minerals are extracted from the Cretaceous plants that now form the shale found in Utah, US. We create our original hair care method by maximizing the unique healing power of these ancient ingredients by blending them with the natural ingredients from all over the world including also the ancient wisdom such as Ayurveda.

Minerals that are extracted from the shale found in Emery, Utah in The United States. They are derived of the plants from the Cretaceous period, and have naturally become the size that is smaller than the gap between hair cuticles.

Emery, Utah, is known for its numerous canyons with rich mineral mines from the Cretaceous period.

In the image above, the part that is darker than its surroundings is the special shale that contains the minerals decomposed to the size of collidal form.

Minerals extracted from this part of the stratum is free from any form of contamination such as chemical fertilizer or pestisides.

It contains more than 53 minerals, and its high concentration creates the very different moisturization from the minerals taken out of deep ocean water.

minerals smaller than the gap of hair cuticles 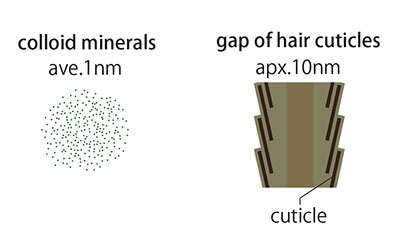 A mysterious life that is only harvested at one lake in the world.

One family of cyanobacteria, the only species

AFA standing for Aphanizomenon-Flos Aquae, meaning the invisible flower in the water, is a type of cyanobacteria harvested only at lake Klamath. Despite of numerous scientific research, no one or no organization has successfully grown AFA at any location in the world.

AFA is truly organic and truly wild, grown only at Lake Klamath, surrounded by national forests, and secruded from any form of pollution. Researchers argue that the mystery of AFA lies mainly on the lake's bed composed of nine meters of volcanic ash that is rich in minerals and other nutrients. But, the mystery of AFA's growth still lies as mystery today.

Cyanobacteria is one of the very first life on earth born in Arhea period, and it is the very first species that possessed chlorophyll, and it is responsible for converting the earth atmosphere to oxigen rich air, thus making it possible for the prosperity of the  later life forms.

Known as one of the superfoods, AFA  contains almost all of the nuturients that compose a human body. It is even rich in the amino acids that are rarely found in plants, and this feature makes it possible for the different type of moisturization from other botanical based cosmetics.

But the most important nuturient of AFA is Phycocyanin, a blue pigment that are only found in cyanobacteria. And, there is only a handful edible cyanobacterias in the world.

This phycocyanin is what makes NATURALCOSMO's items truly unique. It is literally impossible to utilize the power of phycocyanin without AFA.

Comparison of the amount of phycocyanin

Our very fun illustrations of the natural objects are there for a reason. Those who are extremely sensitive to petrolium based ingredients are limited to the choice of cosmetics with only natural ingredients, but the main theme for those natural cosmetics all seem to be the safety. At least that is what the packagings of the most natural cosmetics are conveying.

But the nature is capable of offering more than that. Blending specific ingredients can produce unexpected effects on the skin and on the hair—as interesting effects as the petrolium based ingredients create. Natural cosmetics can actually be fun!

NATURALCOSMO focuses not on the current hair type, but on the hair style that you wish to have.

In order to do this all naturally, we created a very unique method to maximize the power of the nature. For example, we did not create conditioners. We only have treatment-shampoos. All you have to do is wash, wait for three minutes, and rinse. It worked better that way. Also, we want our users to use the hair oil before the hair mist. Sounds like a lot of fun, right? 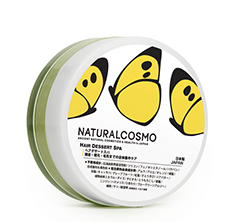 wash scalp well with our

to the reast of the hair 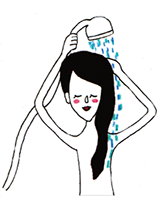 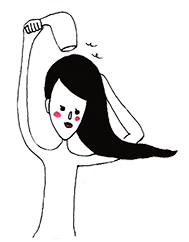 for at least three minutes

blow-dry, and feel the smoothness of your hair

from all over the world

Originated in Indian subcontinent in 3000 B.C., Ayurveda has been practiced all ove rthe world. Well known for its massage oils, Ayurveda teaches about the hair as well. Henna is normally used to dye hair, but at the same time it can strengthen your hair, and can adds volume. Shikakai is a natural cleanser as well as a softner of the hair.  Four Ayurvedic medical plants are used in all three of our treatment-shampoos.

Palm oil is our main foaming agent. It does not foam as well as petrolium based surfactant, but it washes the hair and the scalp very gently leaving them moisturized after cleasing. By using palm oil, we made it possible to leave the form for more than three minutes, thus make it possible to mix 27 natural treatment ingredients. 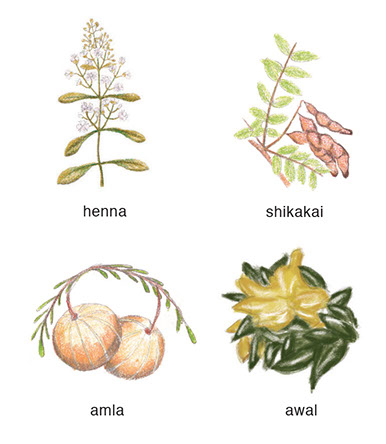 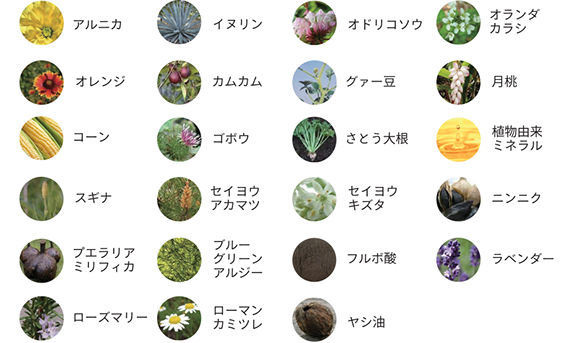 for messy and puffy hair

Midaregami softens the each strands of hair while keeping the volume at the root area  with NATURALCOSMO's special softening blend. Perfect for naturally curly or really thick and tough hair.

wants to tame the tip of the hair

Hairmeal adds fullness like an inflated balloon while keeping the managability and boosting shine. Though the volume Hairmeal creates is not suited for long hair, it is  perfect for short hair styles lacking volume. *If your hair is damaged, please use Furyu, the special care, the very next shampoo after this shampoo.

Furyu creates the most gentle and smooth foam to take the extra care of the damaged hair. Extra amount of AFA Blue-Green Algae smoothens hair fiber and restores nutrients. When dried, your scalp will be soothed and your hair will shine like it never had. 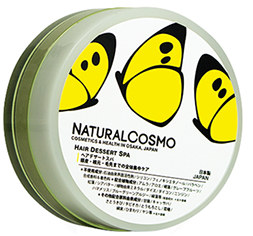 for the extra fullness and shine

Apply two-cherry size of Hair Dessert Spa to the scalp and gently massage, then extend the Spa to the rest of the hair. 10-30 minutes later, rinse off the Spa in the bath/shower, and then use one of our treatment-shampoos as usual and blow-dry.

After washing scalp with our treatment-shampoo, and while the shampoo is on your hair, apply two-cherry size of Hair Dessert Spa to the scalp and gently massage, then extend the Spa to the rest of the hair. Mask for 3-5 minutes, rinse off and blow-dry. 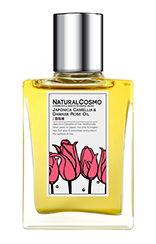 the smoothest and the lightest

we found in Japan &

This oil is so simple made with just two oils—damask rose oil, and Japonica camellia oil—and nothing else, and yet it is so light and so smooth that it will not create any greasy texture. The secret is the Japonica Camellia Oil, which has been used in Japan for over 1000 years as a cosmetic oil on the skin and hair both. The Japonica camellia oil we use is from Sakurajima of Kyushu island in Japan, and is the lightest and the smoothest camellia oil we found. This is why our users cannot switch to any other oil after using our Baratsubaki oil.

This oil can be used on hair, scalp, face, body, and the lips.

such a mysterious smoothness

when used on oily surfaces.

organic rose water distilled from organic damask rose water in Rose Volley, Bulgaria. Aroma is needless to say, the queen of the rose, but truly amazing is the texture. Our rose water is not watered down like most rose water products. And the rose water of high concentration is capable of taking away oily texture. By taking away the oiliness, this mist maks your hair lighter and provides just right level of fluffiness.

This also nourishes and moisturize the hair fiber with added AFA Blue-Green Algae extract and Inulin extracted from Agave.

It works the best when used with our Baratsubaki Oil. Our Hair Rose Mist leaves only the shine and the moist to the hair and takes away the greasiness, creating the light and fluffy hair with the healthy shine. This combination works great with any hair style, and this probably is our most mysterious transformation.

This mist can be used on hair, scalp, face and body.

use them together, and awe yourself

first the oil, second the mist